Overused and overstretched in the “global war on terror” since 9/11, Special Operations Forces need Biden to give them a break so they can refocus on Russia, China, and the “grey zone.”

From movies to tell-all books, America loves its special operators. But a crushing pace of operations and an ever-expanding definition of what constitutes a “special operation” has spread Special Operations Forces far too thin, making it more important than ever to narrowly define SOF missions. President Joe Biden’s Interim National Security Guidance is an important step towards refocusing military policy from counterterrorism in the Middle East to strategic competition against China.

But issuing the interim guidance itself does not solve SOF’s problems. It is possible for Biden to create a smarter and more sustainable military footprint overseas, but strategic success requires adapting America’s model for counterterrorism and counterinsurgency while changing how it utilizes SOF.

Biden’s strategy for the Middle East seeks to “right-size our military presence to the level required to disrupt international terrorist networks, deter Iranian aggression, and protect other vital U.S. interests” so that America can redirect military resources toward increasingly dangerous threats like China.

After the historic shock of 9/11 attacks, counterterrorism and counterinsurgency in the Middle East became the top challenges for American defense planners. Faced with terrorists or insurgents that quickly struck civilians and then hid amongst them, America’s leaders became enamored with special operations raids and drone strikes. 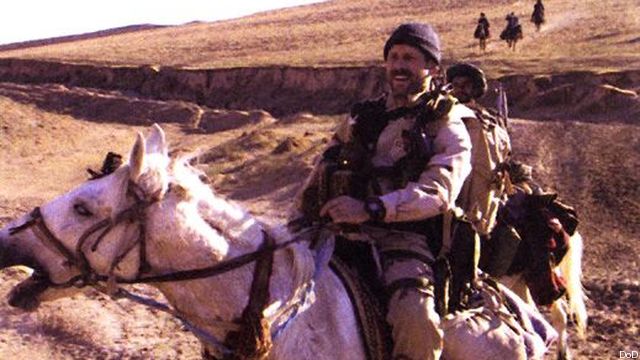 Special Operator on horseback in Afghanistan

The US has tried to tear itself away from the “global war on terror” before, beginning with President Obama’s “pivot to Asia” that never materialized. Then came the Trump administration’s 2018 National Defense Strategy and 2020 Irregular Warfare Annex that prioritized the Indo-Pacific. Now Biden’s strategic shift indicates that the primacy of counterterrorism and counterinsurgency within U.S. national security is ending.

However, withdrawing troops will neither end regional conflicts nor eliminate America’s exposure to terrorism. Demands for the unique capabilities SOF provide are not going to subside even as America draws down its boots-on-ground presence in the Middle East.